BIGO LIVE is a sort of an online platform that allows the users to make video calls, find other people to talk and for chats. This is more like a chatting room for teens and kids. The site is designed for good purpose but the use among teens is not safe.

With BIGO LIVE, the teens spend most of their time on the site talking to strangers. They make video calls, do chats. Going further, the teens get frank with strangers and start sexting. During sexting, they send intimate and private photos. They also show their body parts to such people. This is a reason for the concerns of parents. So they should monitor BIGO LIVE of their teens and prevent teens from getting involved in such things.

The BlurSPY app allows parents to track the use of BIGO LIVE and monitor the online activities of their kids. There are two options for spying on BIGO LIVE. The first one is to use the screen recorder feature. With this option, the parents can capture the screen of the website. Kids will use the browsers on their phones so parents will be able to view what the kids are doing on BIGO LIVE. Steps to using the screen recorder feature are given below. 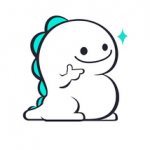 Facebook Admits To U.S. Senator – We Lied About Our Teenage Spy App

Is Excessive Tantrums In Preschoolers Is A Sign Of Bad Behavior For Parents?

Every couple as a parent strive to give their children that is successful and full of ease. For such... read more

Characteristics Of Good Parenting VS. Bad Parenting Effects On Child-Rearing

Aside from inside and out oppressive child-rearing, what establishes an awful parent? A similar parent can have a child-rearing... read more

The coronavirus pandemic is getting worse day by day. While it originated in China, it is taking turns to... read more