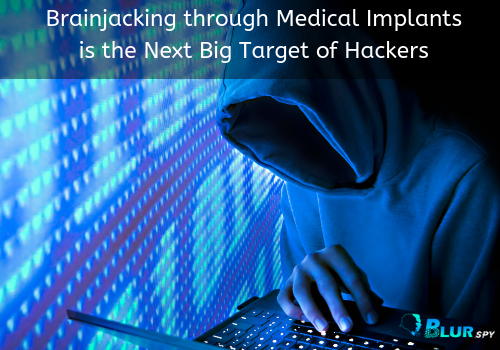 Brainjacking through Medical Implants is the Next Big Target of Hackers

For a lot of people, it might be unbelievable to learn human brains can be hacked. We are not done with securing our phones, devices, computers and the hackers are targeting for our brains. Is not that alarming? Understanding medical implants being used for hacking human brains is inevitable for everyone.

What Really Brainjacking is?

Brainjacking is quite a new term in the digital world and many people might never have read or heard about it. These days, people are treated via different medical chips or implants. These implants are used for treating diabetes, heart diseases, and other medical issues. These chips are installed inside the human body. The installers pretend they are being used for treatment but they have other purposes.

Various research studies have found that these implants are used for hacking human brains. And this process is called Brainjacking. Many of you might be shocked to hear how this can happen and what is next after Brainjacking? This is really complex and a lot of people are unable to understand this.

Let us make it easy for you. When someone catches a disease, say it be a heart problem. The person with the infection is hospitalized. The doctors suggest using medical chips which they believe are the most advanced form of treating some special diseases including heart problems. But these chips are not as simple as they seem. They are digital. Doctors can control them and the chips also respond to it.

Medical implants industry and will be worth $54 billion by 2025.

Doctors are commonly using medical implants to treat humans and offer more quality treatment and care to the people. A study has found out that the medical implants industry will be on the rise in the near future and will cross $4 billion milestones by 2025. These devices are controlled just like a smartphone. Today we control phones; tomorrow these implants will be controlled.

But What the Hackers Have to Do with It?

But the big problem is the number of hackers. How? It is obvious that doctors can communicate with these devices just like smartphones. What if they are hacked and any intruders manage to connect with the chips and get the desired information? That will be dangerous. It is even scary. People can infect these devices through malware or spyware app.

When the infected devices are installed, they are controlled by someone else. Even the already installed devices can also be hacked by hackers. It is going to the next big target of hackers and intruders.

Why Should We Be Worried About It?

No one wants their device to be hacked because they have important data. People are very conscious about personal information, banking details, records, and other sensitive data. How much worried should we be if our brain is hacked? That is exactly what the hackers will do with us.

They will be able to control the people. Human brains will be read. Every bit of information and thoughts will be received and detected. This will way more dangerous than we think. It will be widely used for political gains and benefits. Hackers will get access to the brains of politicians and make them do the most unwanted things in the world.

However, the researchers believe this may not be the case. There are fewer people who second this point of view. The majority believes we will be in danger. As the most advanced systems and devices are hacked, the hackers will also be able to brain jack the human brains.

Brainjacking is the next big thing in the hacking world. What to talk of smartphones and devices, hackers are going to hack human brains through medical implants. People will lose control over their brains; thoughts will be detected and could be read in the form of clear messages. This is going to be scary.