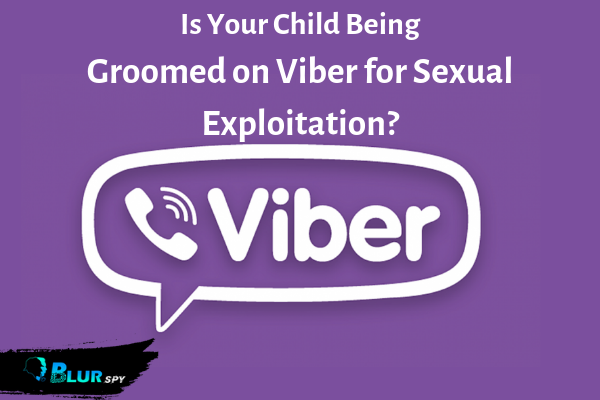 Is Your Child Being Groomed on Viber for Sexual Exploitation?

It is a fact that the world is faced with many challenges. Some are small while others are bigger. There are collective issues as well as individual concerns of the people. But what is common in all this? That is technology. Yes, the recent changes in technology and advancement have brought about various problems and challenges for people all over the world.

Some parents are worried because their kids spend too much time on social media while others are concerned about the use of social media of their children. Issues are almost the same and have similar impacts. There are cybersex and child trafficking issues too. The latest in all this is the grooming of children for sexual exploitation.

In this blog, we will talk about what is grooming, sexual exploitation, how these are linked, and how Viber is the target of culprits who exploit the children. In the end, we will discuss how parents can take good measures to prevent grooming and sexual exploitation to keep their children safe and protected.

Reports and research studies have been done on the grooming and sexual exploitation of children. This has a long history which is not our area of focus. The most alarming factor is that teens and kids do not know they are being groomed for sexual exploitation. They take it something else.

It becomes pertinent to explain the serious issue with examples. Below are a few examples that let you understand what grooming is and how it is done.

How Does Grooming happen?

As we have talked about grooming and some of the examples, now it is important to understand the process of grooming. The below points explain what kind of methods is used when it comes to grooming.

Want to know the signs if your child is being groomed for sexual exploitation? Let us explore the indicators.

Viber and Grooming and Sexual Exploitation

Viber is one of the widely used social media apps. It works like WhatsApp and has almost the same features. This app is widely used among teens and kids for communication. It allows users to talk to others, send images, make audio and video calls and share files. Even, reports say Viber has led to the increase in cybersex trafficking at an alarming rate.

There is no doubt that there are many effects of bad parenting on teens. When parents do not know about technology and keep their eyes on their children, such things happen. Viber is used by people who are looking for their targets. They talk to teens and girls through this app. It is easy to use.

The discussion above shows that grooming is one of the most dangerous things which can occur to any child or teen. For this reason, it becomes necessary to control it and prevent the children from being groomed. Following are some of the suggestions which parents can take in this regard.

Talks to the Children

The next step should be to talk to your kids about grooming. As you talk, try to see if you can identify any of the signs mentioned above. Kids will try to hide everything so you should be ready for this.

Report it to the Police

If you get proof and find something authentic, you should report the issue to the police. However, it can be a dangerous step. It will also affect the life of your child and the perpetrators will be behind you and target you.

If you see everything has failed and you could not know whether your child is being groomed or not, you should not lose hope. We have a solution for this. And that is the BlurSPY app. With this android spying, you can find if your child is being used for sexual relationships.

The app lets you monitor the phone of your child, spy on their text messages, check Viber app chat and messages, get access to the images and media, monitor their internet history, and other stuff. With these proofs, you will find everything. It is a perfect solution for parents.

Grooming is on the rise and kids are being used for sexual exploitation. Parents should take note, identify if their kids are being groomed, and use the BlurSPY app to track it out.