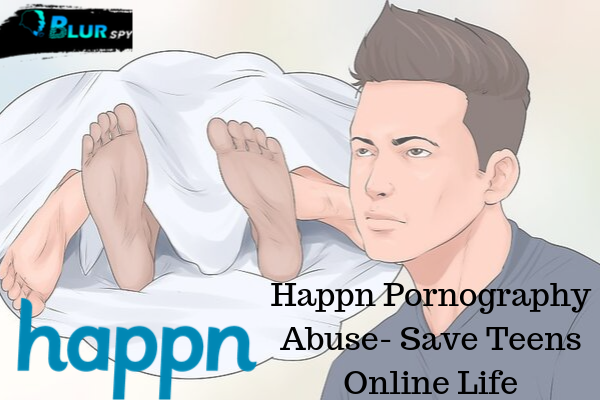 Social media and dating apps have become so popular that you will the majority of people around you use one of the many apps. Facebook was the first to enter the social networking world. Soon after it, many other sites and apps flooded and now we have over two dozen popular sites. The same is true when it comes to dating apps that provide similar features to users.

With every passing day, there are new apps on the market. People of all ages are attracted to dating sites because they allow them to find partners, and matches in their areas and then date them. This is become a new normal for the teens, in particular. Today, we are going to talk about one of such dating apps called Happn which is about to replace Tinder.

We will look into what this app really is, why it is so popular, its comparison with Tinder and other apps, the effects of Happn on teens, pornographic content on Happn, and lastly how parents can take measures to protect their children from the possible dangers of this dating app.

What is Happn App?

Happn is a dating app that uses the user’s location and lets them create a free account. Any person, without any distinction, can become a member of this platform and have a profile. When the users have created this account, they can find people of their interests. It lets the users search for members and partners using various filters and search tools. The app makes it easy for anyone to find people who they can like.

This app works like many other dating apps around. You will find it really easy and user-friendly. The interface has a simple but attractive design which is a reason why so many people like the app. Many users have their experience with this app and they believe it was wonderful. They are of the view that no other app makes it easier than ever to find your partners and online dates than Happn.

In a nutshell, Happn is an awesome dating app which has challenged many already existing dating apps and websites. It comes with a number of new options and features like integration with Spotify, a music app. Users opine that this feature has made it an instant hit as no other dating app ever offered this feature before. Among teens, this app has become literally popular.

Why Happn App is So Popular in Teens?

This becomes important to understand what the reasons are of its popularity among the teens and kids. It is an undeniable fact that the new generation of teens and kids is obsessed with social media and dating apps. They look for the new and latest options. So Happn fulfills this gap and provides users with a better option for dating.

When compared with any other app in the market, Happn comes with most of the dating features. However, it has additional options too which is the major reason why it has become an instant hit. This app has offered so many new features which users have been looking to get in a dating app.

Apps can be an instant hit or a flop based on their designs. Hundreds of examples can be given of the app which failed just because they had an ugly interface and poor design. Considering this, the team behind Happn worked on its design and they came up with the simplest and the easiest designs ever which users have really liked.

When it comes to dating options, this app offers multiple ideas. Users can find people anywhere in the world. It works like Tinder but has more features and better search options. The best thing about the app is that it makes it easy for all the members to find someone who they can really date.

The team behind Happn worked on improving the match ratio and removed the possible issues which do not let meet one another. In other words, as compared to any other app, the dating ratio of Happn is more than any other app. This is a huge success for Happn and a great impetus for its popularity.

Tinder is the most popular dating app at the moment in the world. It has billions of users around the globe. When this app was launched, it was a major success because it changed the dating world to a large extent. Now it seems that Tinder has got a true rival that is challenging its position in the market.

Happn has almost the same features as Tinder. It also allows users to date. However, on a certain line it excels Tinder. For example, the dating ratio of Happn is better than on Tinder. It is a reason why people are switching from Tinder to Happn. Another example is the new feature that integrates Spotify with Happn. People have praised this option a lot.

As teens use Tinder, where kids are groomed for sexual exploitation, Happn can be the same platform in the future. There are a number of serious issues which need to be discussed. The purpose to compare Happn with Tinder was to let the parents know dangerous thing apps can be for kids and teens.

Effects of Happn on Teens

We all know how teens become victims of dating abuse in the digital world. Same goes true when it comes to this dating app. Teens and kids find partners but the people turn out to be strangers. Many teens have lost their lives and it gets dangerous with every passing day.

It is a registered fact that social media and dating sites are full of predators. You will find millions of people who are looking for their targets and to catch them any moment. They leave no stone unturned to find such people as their targets. There is a great need that parents should protect their children from these people.

This goes without saying that online bullying has become a new normal. It is quite common on social media as well as dating apps. Majority of kids and teens are bullied on the dating apps. It leads to other issues for the kids. They become less confident, lose charm in life, do not trust others and become physically weaker.

We have talked about the possible effects of Happn app for the kids. However, the biggest threat on this platform for the kids is the extent of pornography and how teens are consuming the content. With all this said there is a dire need that parents should take measures and protect their children from this platform. Otherwise, it will get too late to control anything and save the online life of your kids.

For saving the kids and protecting what they share on this platform, parents need the BlurSPY app which is the ultimate parental control tool. This app has a good number of dating prevention features like the screen recorder for android, internet history tracker, GPS location tracking feature, and many others.

With this app, parents can keep their eyes on their children when they are using the Happn app. They will also be able to prevent extra use of this app and not let teens spend more time.