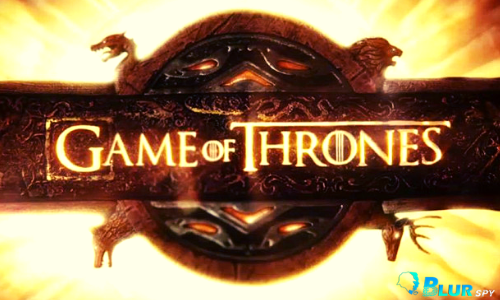 Parents Shouldn’t Let Kids Watch Game of Thrones and Here is Why?

Game of Thrones is one of the most popular and widely watched seasons around the world. People all around the world wait for the next season when the last one ends. This year, the season was released a bit late. However, a lot of people are watching. The drama is all about adult content, violence, the struggle for thrones, manipulations and cheating on others.

Parents should be honest and think for a while whether their kids should watch the season. The content, and what goes on in different episodes of the drama makes anyone violent. Even young people get a serious effect on the dram and its content. There is a dire need that we should keep our kids away from such content if we want them to grow as peaceful and responsible young people.

The Struggle for Power Snatching is Also Harmful.

This drama throughout its seasons is all about power struggle. This can be fine for the adults and others to understand things but kids should not watch it. Moreover, the level of adult content is not suitable. This type of content is available on social sites that parents try to keep away from their kids. The popularity of streaming services has made it easier than ever for the teens and kids to access drama like Game of Thrones.

The Awful Life Lessons Taught in Game of Thrones

What more you might have noticed are the horrific and awful life lessons. As said earlier, the Game of Thrones promotes violence where killing or cheating on one person is considered absolutely a part of life. Such things can never make your kids peaceful. Rather, such teens will become extremist and violent. So is the effect of video games as shown in the form of shooting incidents throughout the US.

In a nutshell, all parents must keep their kids away from such things. Content is a huge challenge. The governments are making rules to take on the content and fake news. Whether it be descriptive content or video- kids will get the effects and we should do something about it. There is a need to not play Game of Thrones like drama at our homes. We should be careful and prepare our young generation for a better world.

Let’s Deal with This

Dealing with what kind of content your kid’s access is the most important thing. We see a lot of parents worrying about the content on social media sites because the content discourages teens and makes them engaged in harmful activities. Similar is the case with content in movies, films and dramas like Game of Thrones.

What can be done about it? There are some options parents should follow in order to deal with this kind of things in their children.

When you buy your kids phones and let them use the internet, think for a while what kind of kids you want to grow. You have to be honest. If parents start ignoring such things, we can never have well-grown adults. For the screen use, there should be rules. Kids should be allowed to use their devices for a shorter time period throughout the day.

There is also a need that parents should use the best parental control app on the devices and phones of their children. The features are aimed at ensuring safe internet use, secure browsing and not let the kids access adult content. This also discourages information sharing and getting affected by the cyberbullying.

Watch Your Kids and Teens

Lastly, parents should use teen monitoring software. The purpose is to keep digital eyes on the kids, monitor their internet and phone activities and know what they are up to on their devices. BlurSPY is the best and ultimate option for parents. The app provides parents with the necessary features to monitor their children.

BlurSPY can help parents find out if their teens or kids are watching Game of Thrones. Then parents can take further steps to ensure such content is not accessible by their children on the devices. This app can be a lot useful for all parents.

People are impressed with Game of Thrones but teens are not really. Kids are taught violence, struggle for power, horrible life lessons and the drama also promotes adult content. Parents should discourage their teens and prevent them from watching Game of Thrones like dramas.