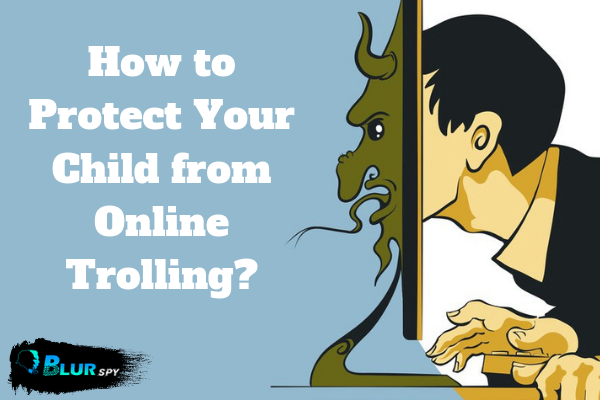 Technology has brought us a number of amazing things. Our lives have changed. We have become so better at everything. We can do most of the impossible things from the past. The internet, smartphones, and social media- are a few of the revolutionary things which have changed human life a great deal.

But a few people think about the dark side of technology. If we are using social media for entertainment, what kind of effects it will never think of concern for the users? We have the best smartphones in our access but at the cost of what. The internet has made things easier for us but what harm did it have on our lives? In this blog, we are going to talk about one of the worst products of social media and the internet. That is trolling.

What is Online Trolling?

We often hear the word trolling. But we never tried to find out what it means. According to Google, “online trolling is the unethical act of fighting and upsetting others to distract them by passing inflammatory, aggressive, and vulgar messages or comments.”

This definition shows that online trolling has more to do with the users. It is all about between the people. Anyone can troll other people on the internet. Most of the online trolling occur on social media sites where people interact with each other and can directly talk.

But online trolling in comments is what we are going to talk about in this blog. There are people of different natures on social media and dating apps. Some are cool while others are aggressive and bullies. It should be noted that online trolling has a great connection with cyber bullying which is also a kind of online trolling.

Many teens are bullied or trolled online every single. Kids and teens face trolling the most because they cannot do anything in their defense. The elders know better than kids so they take over them with aggressive and vulgar remarks. Online trolling is pretty harmful and dangerous for kids. In the next section, we will discuss its effects and harm to kids and teens.

Effects of Online Trolling on Kids

It is really important that parents should understand the effects of online trolling on their kids. We have listed some of these in order to educate better the parents as well as kids that how dangerous thing trolling thing is for them.

Online trolling has direct effects on kids. When it comes to their mental health, it gets affected the most. Trolling is passing negative remarks or comments. It is more like shaming the kids. Such things are always harmful to kids and teens in early life. That is why parents should be really careful about this.

Due to online trolling, teens feel alone. They start to believe everyone will troll them. However, this is not the case. This psyche is developed in all kids and teens who are trolled online. They don’t want attention and prefer living alone. Their life is limited and the world doesn’t inspire them anymore.

With this, the teens start losing focus on their work, and life as well as doesn’t care about their health. When this negligence is prolonged, the kids may get physically weak as compared to other teens and kids. It really damages their physical health and overall growth.

It goes without saying that online trolling has the most serious impact on the mental health of kids. They don’t behave like normal kids or teens. They feel low and self-confidence is something they strive for in life. They are unable to face the people and compete with them.

Kids and teens that are trolled at a young age become trolls and bullies when they grow. It affects their whole life as well as their behavior towards others. They see the new kids and teens as their prey. This attitude continues throughout their life and affects their professional lives until serious measures are taken at the earliest stage.

It has been noted that kids who are tolled tend to develop an aggressive nature. They are abusive towards others and don’t respect anyone. Even the parents mean nothing to them. They are known for their abusive language as well as vulgarity.

Measures Needed to Deal with Trolling

As we have highlighted the outcomes and effects of online trolling on kids and teens. It is also pertinent that we discuss the solutions and ways to deal with trolling in light of the above findings. Below are some measures that parents should take to protect their kids from trolls.

Parents should sit and talk to the kids if they see they have been trolled. Kids should also share such matters with their parents so that they can help them in this regard. Psychological help can be very effective in this regard as it lets kids forget what happened to them and focus on important issues.

It is clear that trolling happens when kids use the internet, social media, and smartphones. If they stop using the internet, they will not be trolled. That is why the experts advise reducing internet use along with reducing the screen time of kids and teens. Parents should take this step for the sake of their children.

Lastly, the use of good parental control is also needed. BlurSPY mobile tracker app is an ideal option in this regard. It helps parents protect kids from trolls, monitor internet use, hack social media, reduce screen time, check multimedia, and set measures to reduce screen addiction.

Trolling, in any way or form, is dangerous for kids and teens. It has dangerous mental health effects as well as snatches confidence from teens. Parents should seek psychological assistance in this regard. Finally, the use of the BlurSPY app as a parental control tool will make things better.