February 14 is the day of love and romance for the people around the world. The day brings a lot of excitement, joy, and happiness to the couples. This is the Valentine Day that people wait for the whole year and prepare for it. It is really exciting for young people as they look forward to meeting their partners, girlfriends and boyfriends and spouses.

With advancement in technology, Valentine’s Day has become even more excited as people amazing stories of their love and what goes there on this special day. As so many people talk about their love and romance, this incites the other people too. Among these people, there are millions of teens who plan to find someone on this day and date them. Finding your love and dating is not really bad but what comes next and in between all this is really of great trouble for the parents of the teens.

Millions of people celebrate this day all the world. The day has a great significance for the lovebirds and couples. But teens are also planning to meet someone and they think for it sometime before the day comes. Like, they prepare for it two or three months before. The dating sites, as well as social media platforms, have everything for the teens to find their partners and hook up.

Parents are worried about their teens and young children because they have started dating strangers and unknown people around. They connect with their matches through dating and social networking sites. They start sexting on their phone and it further leads to dating and meetups. Valentine Day is not safe for anyone, whether it be teens or adult people. You don’t when the ex of your match meets you somewhere and the situation becomes worse.

There is an official holiday on the valentine day in most of the countries around the world and this speaks of its significance. The teens get in touch with their partners and hang out, hook up and date. They spend the whole day together and try to enjoy the most.

Drugs are a Part of Every Party

The teens hold night parties with friends and their partners. The parties include everything from drugs. The teens are increasingly consuming drugs and this has ruined them in many ways. The drugs have deep and severe impacts on the teens, their physical and mental health as well as their life.

There is a Lot of Sex

Apart from that, the sex in parties is creating problems for the children. The teen girls get raped in such parties and many have committed suicide as well. Many children and girls were kidnaped by the predators and they were exploited and engaged in illegal activities. The outcome of such parties ruins the lives of the teens and particularly girls.

There are bullies in such parties. When teens hang out and do parties with friends, there are some seniors too. Such people are criminals and they know how to bully young people. The effects of bullying are really dangerous for teens and young people. They lose their confidence and whole of their life is disturbed.

When teens do drugs and consume heavy cocaine, heroin, and other drugs, they feel really high. The effects of these drugs are lethal but with this, the teens engage in crimes and illegal activities. They harm their own friends and some have killed when they got into a heated conversation. There are some serious consequences of valentine day parties and when the teens are using drugs.

Why Is It a Matter of Great Concern for Parents?

All the parents try their best to make their children good and responsible. No parents want their teens are criminals, sex offenders, abusive and drug addicts. But parents have almost lost control over their children. Parents need to track their social media and dating apps. As well as social networking sites have created serious issues in society.

Teens are very active on social media and dating sites. They have a smartphone and tablets. The internet and social sites have connected with strangers and like-minded people. They do a lot of things on their phones but the parents have no idea what they are up to. Many teens have been arrested for violating the internet use laws and sharing forbidden content.

This situation worries the parents and their concerns have increased. Now the parents want to make sure their children are safe and not engage in anything illegal or dangerous. But the use of the internet is creating a problem for the teens as well as parents. Parents lose their children when they are murdered by the criminals after they go dating, teens are bullied and this affects them badly, they are drug addicts and have stopped going to colleges and schools.

What Parents Should Do?

As said earlier the valentine day is not bad and neither is the celebration but what comes in between and after all this is the real trouble. Parents allow their teens to date and hang out with friends but they never wish them to use drugs and kill people when they are drunk or high. Parents don’t want their teens to be kidnapped and killed either.

There is a huge responsibility for all parents. They should do following things to monitor their teens and children are safe in the valentine day mess.

The first thing parents should do to protect their teens is to educate them about the valentine day, its dangers, risks as well as harms of dating people from social and dating sites. There should be comprehensive discussions in the family so that children and teens can get lessons from it.

As the teens are dating very often, they need to be provided with guidance about it. And only parents can do this is the best possible way. Parents should make their children understand this world and how it can be dangerous for them when they share so many details, information and photos on the internet with strangers. The dating sites have serious threats to the safety of teen girls and how they can keep themselves safe from the predators.

The children spend more time on phones using the internet. There was a time when children used to spend their free time in groups and playing games. So now the result is teens are physically week and their minds have become even weaker. Parents can encourage positive activities so that their children can spend time on good activities instead of using social media and dating sites.

Apart from what we have discussed, the parents can use technology to handle the use of technology. Parents should use a monitoring and parental control app to track and monitor their children. With Android spy app, they can check their activities, whereabouts, internet use, calls, locations, gallery as well as other content on their devices.

BlurSPY is the best parental monitoring app that lets parents monitor their children, keep eyes on their activities and protect them online as well as offline. The app offers a good number of features that every parent will need to monitor and spy on their teens. With BlurSPY app, the parents will feel more satisfied and better when they know their children are safe.

The great thing is BlurSPY is offering 70% discount on Valentine Day for all android devices subscriptions. This is the best time to avail the chance and get the app so that you can start spying on your children right now.

With this, the parents can do a lot of things that will help them keep their children safe and protected.

Valentine Day is known as the day of love and romance. But this has created issues for the teens and they are exposed to serious threats as they date strangers. Parents should monitor the activities of their children and spy them in order to keep them safe. 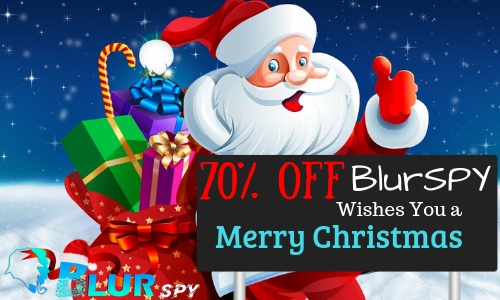 December is the most energetic month of the year with all those Christmas dinners and New Year parties happening... read more 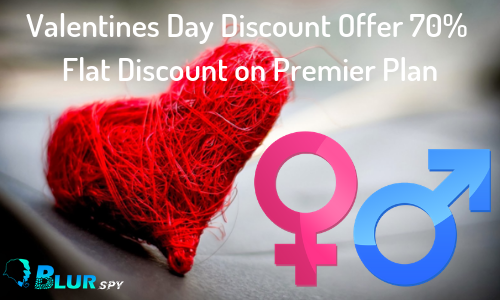