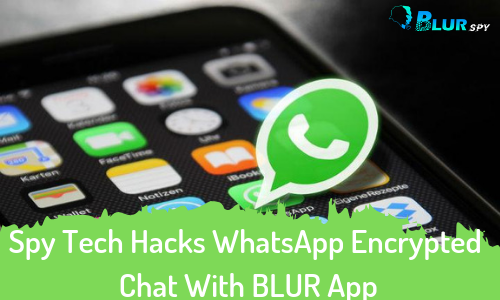 Have you ever heard about any app that can spy on WhatsApp chats? If you did hear something like this, you will surely be surprised to find out. The next question will be how that is even possible on this planet. WhatsApp has been made really secure and the latest encryption updates make it even further safer. The hackers will not be able to get access to WhatsApp chats.

But the shocking this is an Israeli tech company is claiming they have an app that can break WhatsApp encryption and spies on the chats as well as conversations. According to them, the app works in a certain range and both the devices should be connected to the same internet connection. Hearing this news might be a matter of great concern for the WhatsApp. But we will explore how that is possible and how the app spies on WhatsApp.

The latest report published by Forbes also verified the news that CatchApp breaks WhatsApp encryption and can access everything.

Forbes has recently covered this story. They talked to different people and also approached the relevant people attached to the app. They have informed the app named as CatchApp can actually break the encryption of WhatsApp and gives you access to everything on any account. That means it is possible for the app to bypass all security measures on WhatsApp and check messages.

The experts believe it is only possible in theory when the traffic between WhatsApp and that app is intercepted. However, in a real sense, it doesn’t seem possible. Even it becomes further impossible with the new security and encryption updates released by the WhatsApp team.

But things got really serious when Forbes team was handed over details and documentation regarding this mess. They believe the app works on the latest version of WhatsApp, that we were talking about is really safe. So that means, the app bypasses the latest encryption codes and can access messages, chats, contacts and everything on a user account on WhatsApp.

They analyzed the documents and found out they were older.

But the details handed over to Forbes are true. The app listed in the reports and above here works like this as we have said. The app can hack everything. All it needs a user account. With the account, the app can access emails, messages, browsing history, social media account and a lot more. Furthermore, the app works for those apps where encryption is not required and the examples include Messenger, Google’s Allo, Telegram and other apps.

In the reports and documents, it became clear that app works with a device that you can carry in your bag. The app used for hacking attacks WiFi networks for this purpose. Internet connection, whether secure or not, is possibly hacked with the app. After that, the app accesses user accounts and relevant data. It gets access to all the apps being used by a user account.

The tech experts are not ready to accept that this app can hack WhatsApp chats and other apps. They believe this is a sort of malware that attacks WiFi and then gets access to other data. However, they strongly believe WhatsApp encryption in the latest versions is really powerful and impossible to be hacked. They believe the company is misleading people and adding fake details to market their product.

Is It Really Possible to Hack WhatsApp?

This is a question that most of you will have in mind after reading this. The way CatchApp works is possible. But the new security updates on WhatsApp for chats make it hard for any device or app to record the screen private conversations on the user account and chats. However, apart from this app, many other apps can do so and one example is BlurSPY.

BlurSPY is a mobile spy app that works on any android device. With this app, the users can hack any phone or tablet and check multiple things at the same time. This is not malware but a truly working app. The app is installed on the target device. It works in the background. That means that the target person who owns the device will not know about it.

A company has claimed they have an app that can break WhatsApp security and hack the user accounts. After that, any chat or message details can be accessed. Forbes did research and they found out it was not possible. However, you can use cell phone spy app if you want to hack WhatsApp chats and messages. This app allows you to read every conversation in a user account on WhatsApp.