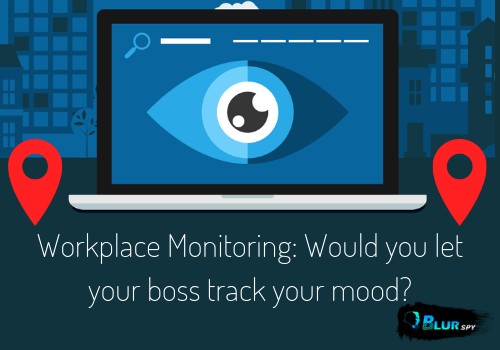 The use of tracking tools in the workplace is not new. Even, people have been using such tools and software for years in order to protect their businesses, track their employees and keep eye on what they do. The use of these apps has helped every business in a number of ways. One such example of using a tracking tool can be found in the UK.

Humanize App Tracks Voice, Steps, and Even the Stress Level.

More than four major companies in the UK are using a staff monitoring tool called HUMAZINE. This app has been in use for some time and has helped employers track many activities of their employees. What to talk of their presence, the app also tracks voice, steps, and even stress levels. This seems to be an exciting invention for the workplace. But the interesting part is all the employees at these companies have agreed to be under supervision by their tool.

However, It Doesn’t Record the Content of the Conversation.

Times reported that this new technology has been introduced through a bank as well as NHS. They call it a sort of tracker which employs Bluetooth, an accelerometer, a GPS location tracker, and a microphone to track the employees. This app can capture or track stress levels by judging the tone of conversion. However, it doesn’t record the content of the conversations.

The App Is Being Used to Find How Productive People are at Work.

According to the CEO, the app makes it easy for employers to track their staff as it monitors the time spent while talking. It captures the tone of the voice to find out the mood of the employees and how many interruptions people make at work. All this data is helpful to find out how interruptive people are at work and what kind of work they do.

To Our Surprise, the App Monitors Sleep as Well.

It was more like a shock to find out when the CEO revealed the app can also capture the time employees sleep at work. In other words, this tool tracks the staff all the time. They are under surveillance app when this is around them. The employers are tracking the mood, voice, stress, and even productivity of the staff.

The use of tracking tools for the workplace and employees is a good idea. But monitoring them to such an extent is way more dangerous than we think. A number of experts have raised questions on the use of Humanize and said that the use of this app is anti-productive in a peaceful environment in the workplace. It also goes against management training and ethics.

The IT experts have called the use of such tools an outright attack on the privacy of the users. They believe you cannot control the employees to such an extent that you start monitoring or controlling their mood and stress levels. All this is private and must not be interrupted.

However, there are a good number of other spy tools and tracking apps that companies use to monitor the devices of their employees. It should be noted the devices being used by the staff are provided by the companies. In such cases, tracking makes sense because the company has provided the devices for work. They can track their usage. Moreover, this kind of monitoring is not harmful at all. Rather, it focuses on improving productivity.

We have learned that employees working in companies using Humanize have agreed to track. They wear these devices which track their activities. Some experts argue that permission by employees should not be taken as an official confirmation. Rather, many staff members agree because they feel the pressure of losing their jobs. Even after agreeing, they are not comfortable with such a level of monitoring.

Renate Samson from Big Brother company believes watching the employees and knowing about their activities is the only and the best option. The use of apps like Humanize is really harmful to the company’s reputation as well as to the productivity of the staff. They have pressurized even after they have agreed to it. It is just like breaching the privacy walls of the employees and getting inside their pants to track them.

It is Important to Understand Employee Tracking Laws.

With all the discussion, we come to the point that there should be some rules or laws in order to track the staff. It is interesting that every country has some rules and laws when it comes to tracking the staff. Most of the rules and bylaws allow employees to monitor social media use as well as internet use at the workplace. Many employers monitor the company emails and it is a right of the organization.

Many people at work are given company emails to communicate. So the bosses can access such accounts and check the emails without asking the employees. If in such cases anything wrong is seen, the employees are responsible because they must not have used it in the wrong way.

In a nutshell, the discussion reveals that there is a dire need for some rules to keep a check on the use of various tools and apps for tracking employees. Government authorities should be alert in this regard. Employees don’t speak of the tracking tools because they are afraid. But that does not mean they must be living with this. Someone needs to break these rules and let the people at the workplace feel comfortable.

We discussed that some companies use moderate-level tools and apps to track the staff. Such apps are not really dangerous. Rather they are designed to track the employees and improve their productivity. If you are looking for such an app to track your staff, you don’t need to go anywhere. We have found BlurSPY for you.

With the BlurSPY app, you can monitor the staff all the time around. It will not have any kind of mental stress or pressure on your staff. Rather it lets them feel comfortable. It offers a good number of features like location tracking, hacking social media, checking emails, capturing screens with a screen recorder, and others.

Employee tracking should be done in a safe manner. It must not exert any pressure on the staff. The purpose should be to increase productivity. In this regard, the use of safe apps like BlurSPY is more convenient and employee-friendly.

How to Spy on a Cell Phone Remotely?

In this advanced world, technology is advancing very rapidly and it is kind of impossible to keep track of... read more